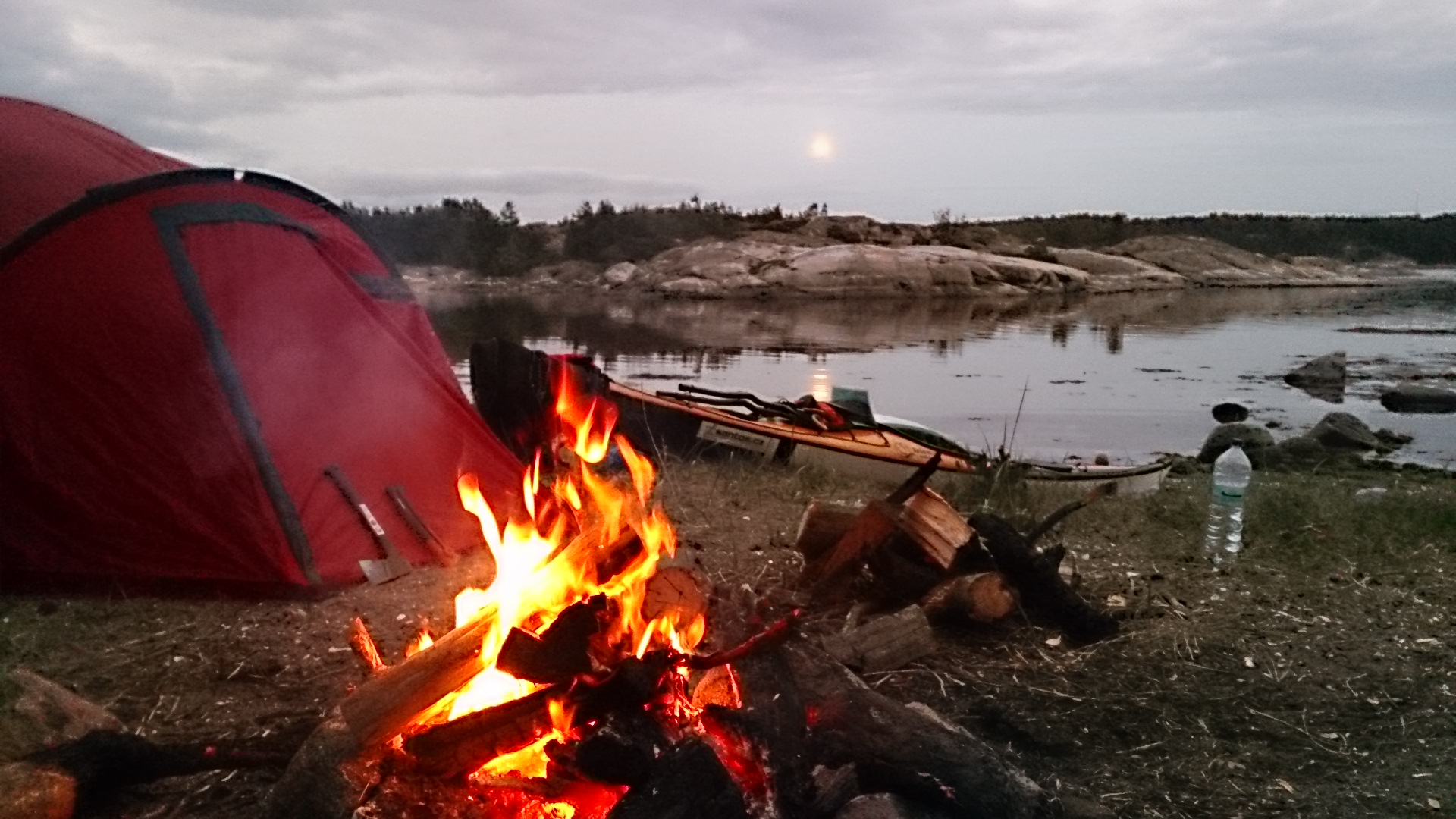 At the end of July, six of us, decided to explore Swedish region that we never been to. I have been in Sweden only twice before – south of Västervik and south of Strömstadt (east and west of Sweden). All places we have been to before stroke us with purity of nature, clean water and isolation from civilization – basic things we search when we go out for the trips like this one. This time we started in inlet of a river that connected a big lake with a sea so water was quite dirty and we reached clean sea almost in two days. We were very lucky with the weather according to the forecast which showed to be true for the first two days. Czech republic was heated up to 40 degrees and we had just something above 20, which was perfect. Sweden showed us its different sides this time, maybe because it was a full season and many people had vacation time. Nevertheless, motor boats were mostly on a water paths, which I had on my maps and tried to avoid to go through there, but in most situations we had to in order to avoid side waves. We had few interesting crossings of 3 to 5 km in light wind and very tiny waves. Every night, as usual, we had our own island just for us. When the weather was not good enough for paddling we spent time practicing rescue techniques and Eskimo rolls. One of the very bright moments of the trip was sunset paddling. I guess that next time we will go further North:)