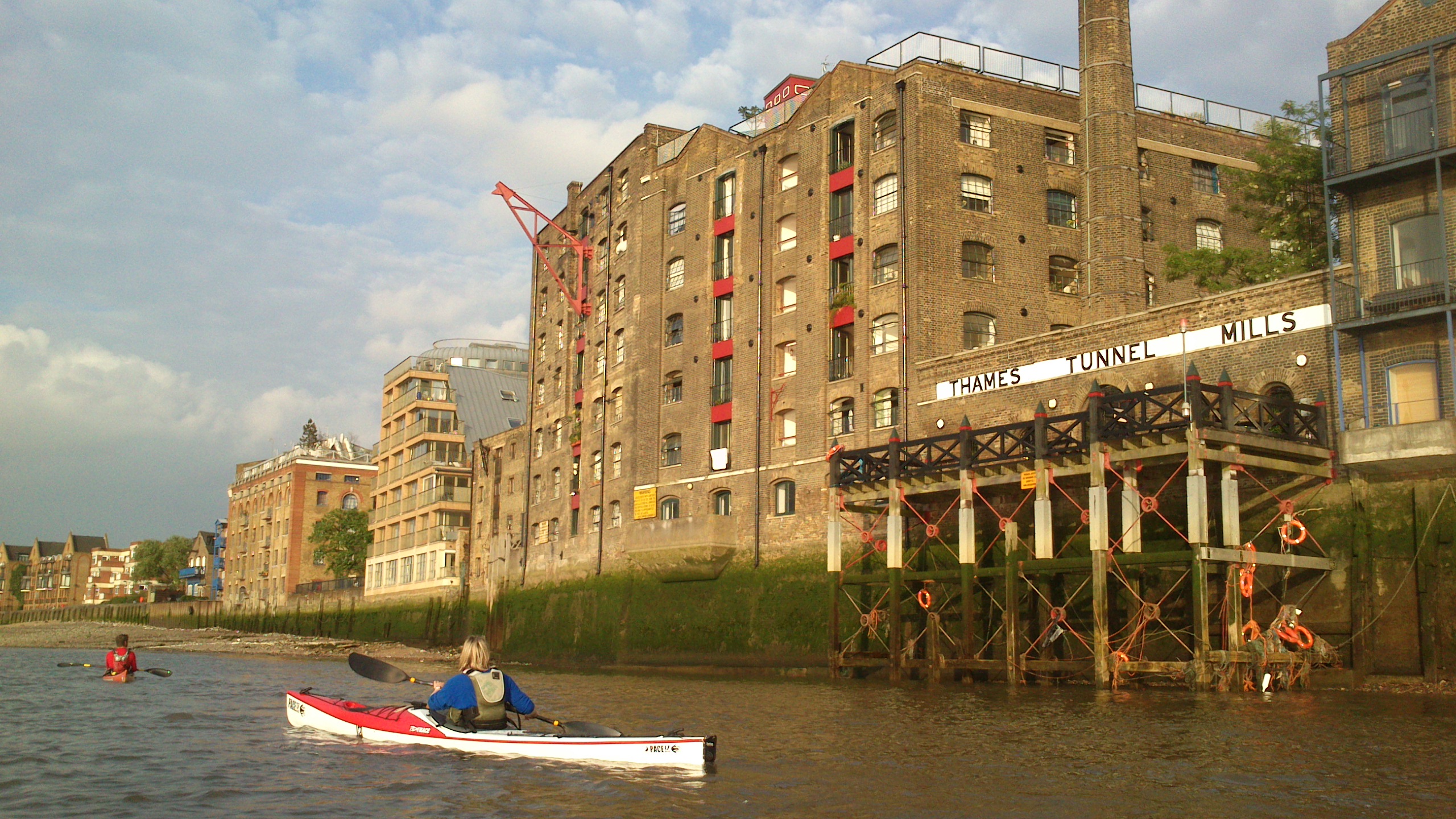 The last week of June I packed a small suitcase and flew to London-Luton for my first visit of UK. I was invited by Czech sea kayakers living in London, Natalie and Michal Madera, (http://homeseahome.com/) who kindly hosted me for 5 days.

We were supposed to visit West Wales Sea Kayak Meet (http://www.mayberrykayaking.co.uk/west-wales-sea-kayak-meet2013/) that was planned on 21-23.6.2013. As this was the first time I traveled to UK for kayaking by plane, I had practically no idea if I will be able to fit all my gear into a suitcase. Unfortunately, I flew with „W-air“ (fortunately, because of a good price) and even after pre-paid bigger hand luggage I ended up being harassed as it did not fit into airline limits. Packing was funny as I was measuring every inch of my bag to meet the requirements. Initially, I packed much more then I brought with me. Luckily, my hosts offered me a superb service by letting me use their gear, so I had Raab Paddle (www.raab-paddles.com) made in Czech Republic and given to me by my friend’s friend Alister. I could also use nice PFD by Palm, the one I always wanted and even a spare paddle:) Last, most important and essential part of the gear was, of course, the kayak, which was Tiderace Xplore L, that circumnavigated all of UK, so it was actually an honor to ride it!

Getting to London was not so easy as I expected (most likely because I lack experience) but it was definitely an experience worth having. Luton airport isn’t the closest, so it took me (with a help of local people) a while to figure out train schedule and connection route. I was shocked and surprised at the same time by how people were helpful. Since I have been traveling for a while now, this was a small surprise that I did not expect at all.

The first night I came (which was Thursday), Natalie and Michal took me on Thames right away so I could try if any boats will fit my long legs. Luckily, once again, the size of Xplore cockpit was good enough and I enjoyed my first paddle in the center of London.

Thames is just magnificent paddle. The only fact that conditions are so different and changing so often makes it a perfect ground for everyday paddling practice. London itself is very interesting city and the fact that you can go paddling everyday makes it the top city on my list „where I would like to live“…:)

The level of water is rising and dropping everyday within the range of 7 meters, so you can imagine the tidal games that you can enjoy there.

As a bonus you get nice waves for a surf from local fast-going sightseeing ships. The surf was great for me as I was a newbie to a proper surf before this trip. They even opened up London bridge for me so the paddle would be even more enjoyable!

The same evening we got to know sad news –  West Wales Sea Kayak meet was cancelled due to a bad weather. Well, our heads were up – Natalie and Michal decided to go to Wales anyways and for this decision I am very grateful to them! The wind was supposed to be very strong..

The next day we I took advantage of a gap between paddling and visited Greenwich. One of the most interesting things in Greenwich, that I found, was Cutty Sark old trade ship that used to bring wool to India and brought tea back to England.

The ship is just magnificent to be in and feel the atmosphere of how the voyages used to be back in the days. I got so excited that I even got myself a book about long-distance voyages on those beasts!

Another worthy part of Greenwich is the market, where you have loads of different food from all around the world. It was just VERY tasty! Trust me!:)

The next early morning we drove through Swansea to Oxwich and checked few bays for paddling conditions. Natalie was checking the weather almost every half hour and according to information that we got it was blowing 5-7bf, which meant approximately up to 15 m/s…. We checked Port-Eynon Bay and it wasn’t good for even playing around on a kayak, wind was too strong and waves massive, short and breaking.

At the end I was happy we got through unbearable will to turn around and go back to London, because I would miss so much…

We ended up putting our gearn on at Oxwich bay at the calm side of a bay which turned to be a perfect spot for a great surf. Waves were getting better and better and I was screaming like a little girl from all the joy (pardon me for all the bad language, Natalie:) I got by hitting one nice long wave and surfing all the way to the beach without capsizing at the end (just a beginners luck..hehe). After that it was all about capsizing, rolling, getting beat up by waves from the back, side and front. I think I drank quite a lot of salty water which was, by the end of almost 3 hours of fun, coming out of my ears, making me partially deaf by today’s date. Well, it was worth it – every single moment..even though I lost my hat, phone (and something else that I don’t remember:) to the Bristol channel! Dues must be paid!

This is a video of few things that happened that day:

We did try some awesome rescue techniques that you can see on the video and I am glad that I met real kayakers that are so close to me by spirit.

Soaking wet, tired, deaf in pain, shivering but happy we went back to London.

Sunday was devoted also to kayaking, although it was pretty choppy and I could not stand more of it so we closed the day with visiting the brewery:) where I found out shocking fact that I must get my own beer at the bar and nobody serves you…and you and up paying much, much more than in Czech Republic:) (the beer at home costs about 1.3 EUR and in UK about 4 pounds). I still can’t believe I continue doing the same mistakes that hurt me once in past. Back in the days when I did scuba diving I had an egg before the 60m dive and I will regret this breakfast for the rest of my days! The same mistake I did on a day of choppy Thames in London 🙁

On the last day of my trip I went to see the other little part of London from London Bridge to Backingham palace and warship HMS Belfast. The whole ship is like a huge museum and you can actually go almost everywhere, climb into machine chambers etc. – great experience!

The next thing on my mind is getting back to UK for some sea experience, if the weather will favor our wishes!!!