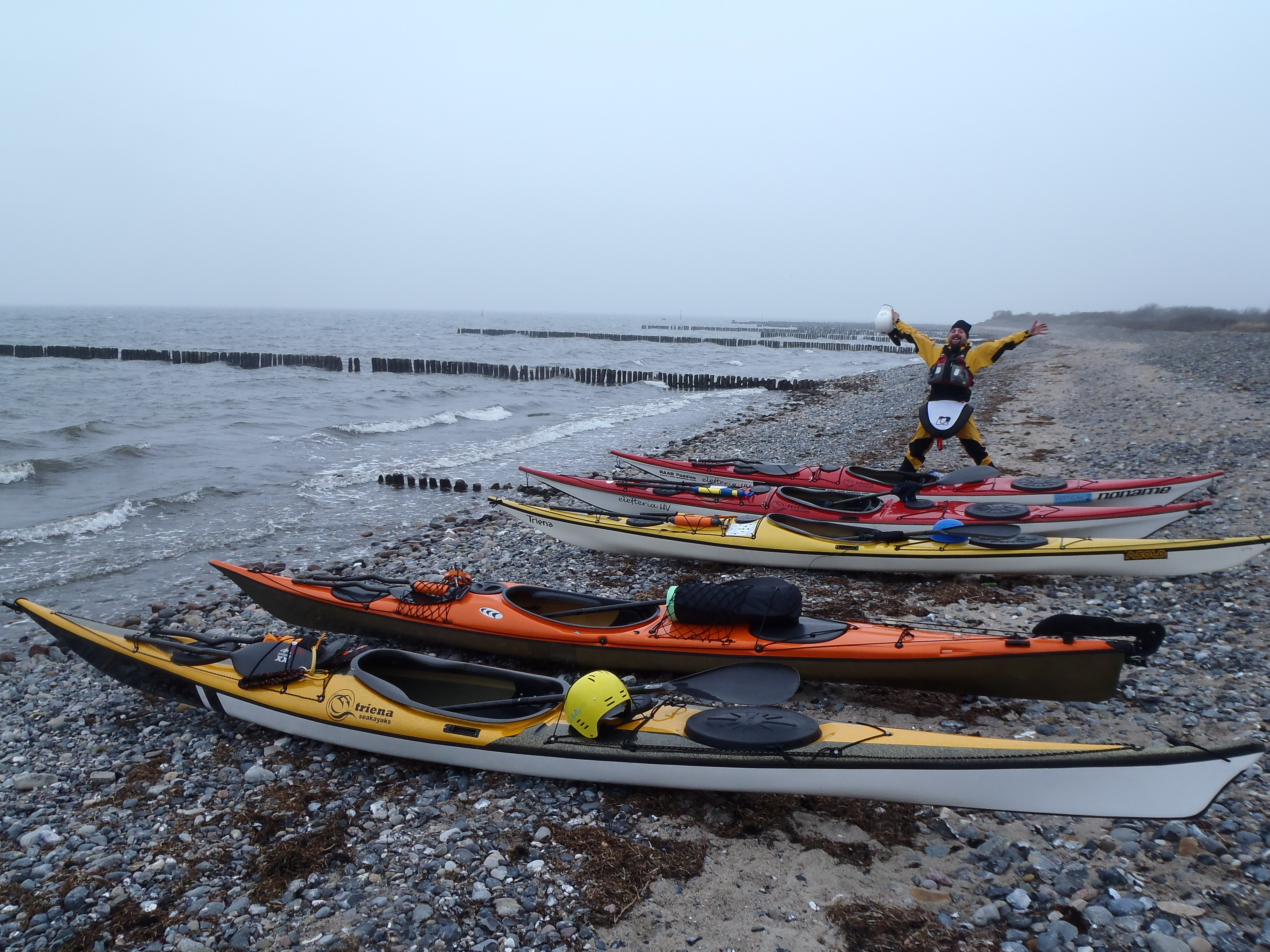 In April of this year we went kayaking with a bunch of Czech kayakers to the north of Germany. The plan was to find the spot on the island of Rugen, where the wind would blow immensely so we could surf. Standa, who makes our boats (triena.cz), is a crazy (in a good way) buddy, who would be grouchy and sad all day just because the weather was not bad enough – so we were in for a good fun adventure. We met guys from different parts of our country at Standa’s place and head off north. Another group of kayakers from south of Czech republic was meeting us later on in Germany. By the time we came on the spot, where we were supposed to sleep over, which was a summer parking lot, it was foggy and rainy, so there was a hope that next morning the fog would dissapear and the wind would pick up heavily.

We set up camp in rain, made shelter and started up my biolite burner which kept us entertained for the rest of the evening. Another Standa (hgsport.cz) from Prague celebrated his birthday accompanied by a bottle of fine porto. Next morning was not much better than the day before but support group sent us information that the wind would pick up after noon on the other part of the island.

Three cars with 8 kayakers moved to a new spot, we started to pack things into the boats and before going into already choppy and cold Baltic sea we had safety instruction from Vítek (kachnakajak.blogspot.com), who seemed most experienced, just in case we capsized into a very cold water. After hearing what would happen to us when we get hypothermia and that our collegues should not risk their life to rescue us in case we did get frozen, we practised an american army warm up technique in case we all drop into the sea. Well, I must say, Vitek’s speech was not the most encouraging and motivational. For a moment we (at least me and my dad) weren’t sure whether to head off.

After first few kilometers one of us capsized and we did a little rescue exersize. There isn’t much space for free camping on this island because most of the property was private. We found a „non-private“ old army base (that’s how it looked) and set up camp.

Surf was a great practise as the waves weren’t big and you could try some things that needed improvement. Standa showed me how to turn kayak on a beach once the surf brought me all the way to the beach and that is how I got my kayak’s paint cracked 🙂 The way he told me to turn kayak is to lean on one side of the boat and turn towards the wave. 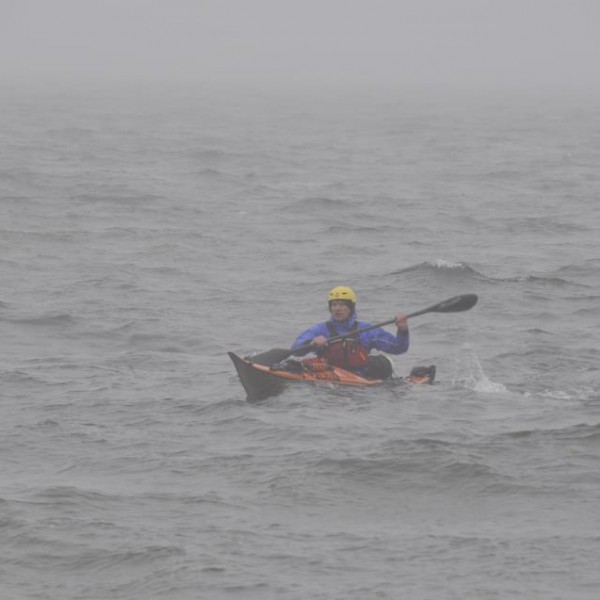 At the begining of the day we switched kayaks with my dad, so I had Prijon Protheus and my dad had my Triena Charon. When we switched the boats back I notice a huge difference in initial stability that I was used on the sweet water back at home. The boat became less stable but I must admit that it wasn’t loaded when we went to play on waves. In few hours I felt exhausted.

There wasn’t a place where you could dry things in camp, there were too many things to dry and making extra fire for that purpose seemed pointless. Nevertheless, we did manage to make fire even after it got foggy and moisture was all around. Standa proved to be an excellent outdoor geek, he went to get dry wood to start up the fire and at the end we started the fire in my biolite burner anyways, as Standa’s attempts failed.

The day before we left the island, he also got fresh water from the trees (birch tree) and made knifes from quartz stone. This guy can do anything out of nothing 🙂 Our camp (or how Vítekcalled it – Romanian refugee camp, see picture of things drying all around) went to sleep late as we had a very entertaining program with lots of interesting discussions starting from politics ending with Dušan’s tales from his travelling around vulcanic island near Sicily, that you can see in TITS 5 (This Is The Sea part 5 ) and finishing Pavel’s marinated steak, cooked on fire with a stick (past midnight).

In the morning, the very first thing that I saw, coming out of a tent, was Jarek with a bottle of white liquid in a whiskey bottle, which turned out to be a special traditional Moravian medicine for immune system that kills all bad bacterias including cleaning teeth:)

The next day wasn’t good enough for any plans that Standa had in mind, so he was quite depressed. We made a paddling trip about 30 km. We saw Jesus Christ fishing, made few stops for hot and cold refreshments including such activities as geocashing, snowball fight and swimming.

During one of our refreshment stops, a bird (robin) set on Dušan’s head, most likely flying all the way from Sweden and using him as a last safety resort. Dušan didn’t mind it except for the dump (birds dump, of course) left on his hood after he safely paddled the bird to shore.

I was sad to leave this place as the weather got better in term of temperature and sunshine. It is always a special feeling to come to sea and it always feels bad to leave it. Looking forward to getting back there by the end of this summer.